You are using an older, insecure browser. For a fully supported experience, please update to Microsoft Edge.
Help Search 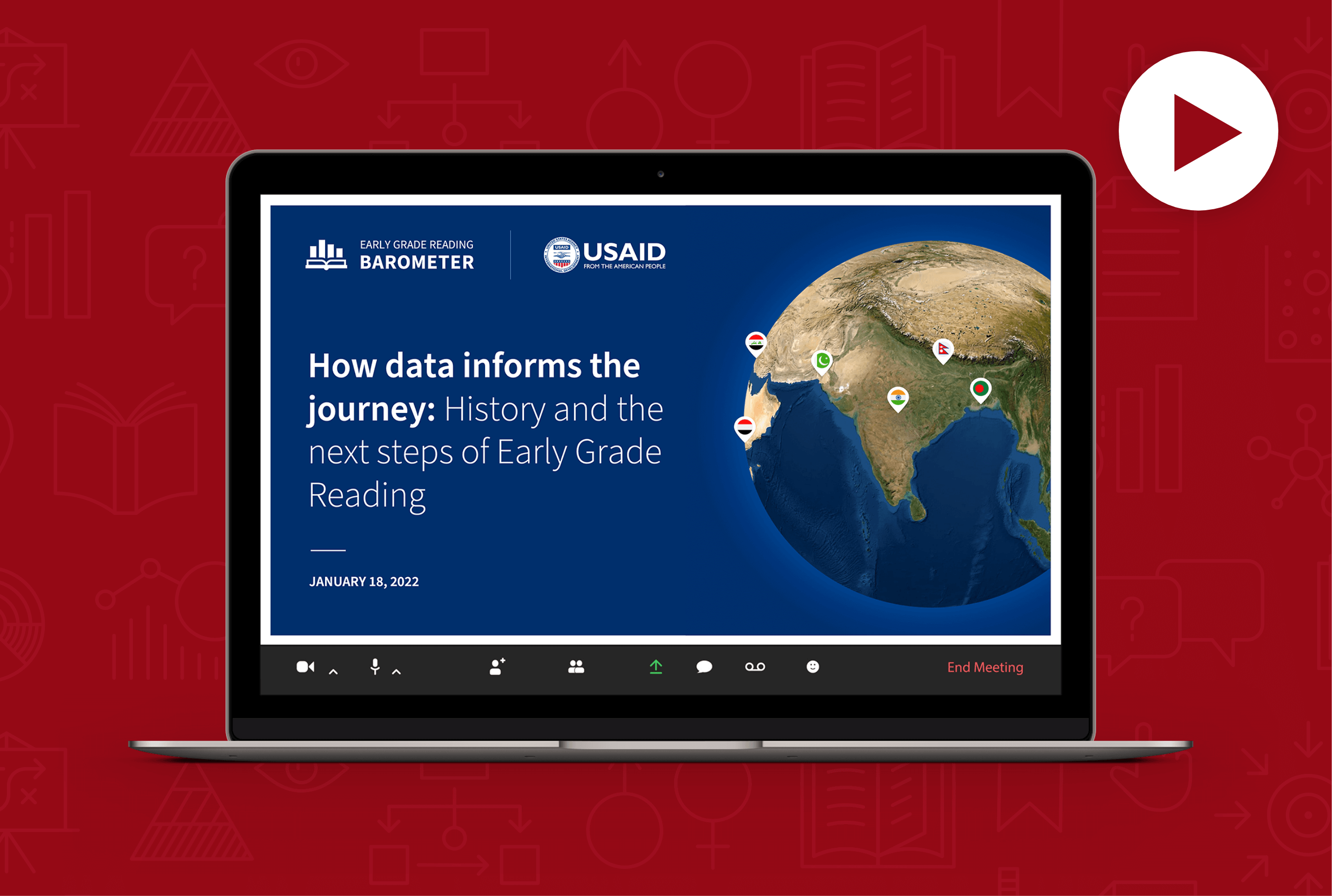 Home News & Stories
How data informs the journey: History and the next steps of Early Grade Reading
News

On January 18, 2022, the USAID’s Bureau for Asia collaborated with RTI International to reflect on the journey of early grade reading around the globe. View the recording below.

Rosalina J. Villaneza
Rosalina J. Villaneza earned her Ph.D. in Education at Western Mindanao State University, focusing on Language Teaching. She is currently the Chief Education Program Specialist in the Teaching and Learning Division of the Department of Education Philippines. From 2006 to 2010, she was the Head of the National English Proficiency Program at the Philippines Department of Education. She was the focal person of the Mother Tongue Based-Multilingual Education (MTB-MLE) program, the Early Language Literacy and Numeracy (ELLN) program, and the Pedagogical Retooling in Mathematics, Languages, and Science (PriMaLS). She is a mother of two, an educator for 35 years, and a reading advocate.

Pilar Robledo
Pilar Robledo is a new Foreign Service Officer for Education with USAID. Previously, she was the Director for Programming and Training with Peace Corps in Ukraine from 2015 to 2021. From 2004 to 2014, she lived and worked in Pakistan mostly with Afghan refugees and Emergency Education with UNHCR, Save the Children, and the International Refugee Committee. Before moving to Pakistan, she was the Regional Director for the International Research and Exchanges Board in Central Asia and covered the five Central Asian Republics. She first came to Central Asia as a Peace Corps Volunteer in the Kyrgyz Republic, as an education volunteer. Pilar is an alumna of a Hispanic Serving Institution and earned an MPA from the University of Colorado in Denver and a BA in Latin American Studies and Anthropology from the University of Colorado in Boulder. She is originally from Hell’s Kitchen in New York City and grew up in a multilingual and multicultural household.

Luis Crouch
Luis Crouch is a Senior Economist at RTI’s International Development Group. He is on the board of directors of various NGOs and public bodies and has worked at the World Bank and Global Partnership for Education. Mr. Crouch specializes in education policy, decentralized finance and education statistics, and planning. Recently he has become interested in early grade reading and targeted early childhood development as key entry-points in education systems’ quality response. His geographical focus has included South Africa, Peru, Egypt, and Indonesia. He has authored many technical reports and journal articles and has contributed to various technical books.

Thanks for reaching out! We'll be in touch.